I was taking a drive out towards Echo Cove and made use of the Auke Rec bypass that lets you cut straight to Lena Pt rather than hugging Auke Bay with all its twists and turns.

As I was driving along, I noticed this deer on the opposite side of the road. I stopped, pulled over, and backed up – the deer didn’t seem to mind that was literally right across the street from it. I snapped some photos and all of a sudden, I noticed the deer’s head perk up. I took one more shot, this one, and lifted my eye from the camera’s viewfinder to see what the deer was worried about. That’s when I saw a jogger I’d passed earlier and his dog… by the time I got my eye back to my camera, the deer was spooked enough to run off into the woods. You never know when you’re going to run across some wildlife here! 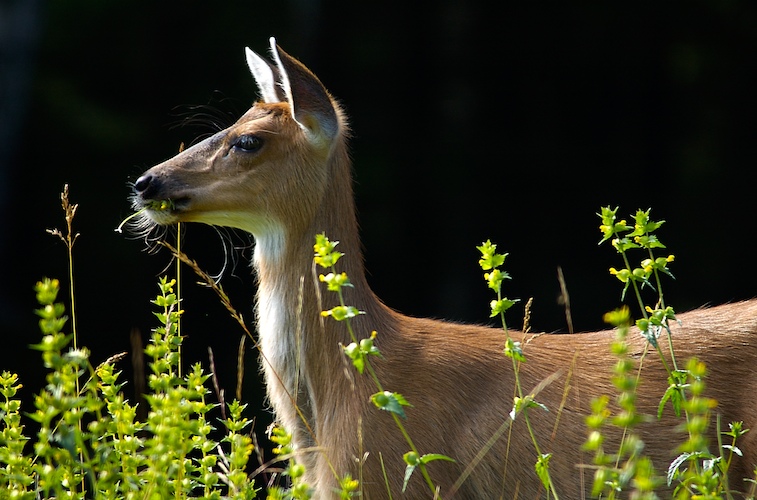