Anyone else remember where they were when the Skinner Building in downtown Juneau, Alaska, became The Pit?

I remember I’d been out on a hike to Windfall Lake – it was a hot, clear, sunny summer day, with temperatures pushing 80. It was awesome. Then I got home and had a weird message on my answering machine (who uses those anymore?) saying to come downtown. I had no idea what was going on, but as I rounded Norway Point, I noticed a strange haze and starting picking up the smell of smoke. Then I got past the high school and found out really quick what was going on. Luckily, I had my camera with me, so I parked and started taking photos.

It was a weird scene. People gathered anywhere you could see anything, passing rumors about how the entire downtown area was going to burn down because everything is connected by underground wooden pilings, etc. Luckily, that didn’t happen. The Juneau-Douglas Fire Department did a great job of preventing the fire from spreading even to the next building, which was physically connected to the Skinner Building. So while a bad deal, it could have been worse! 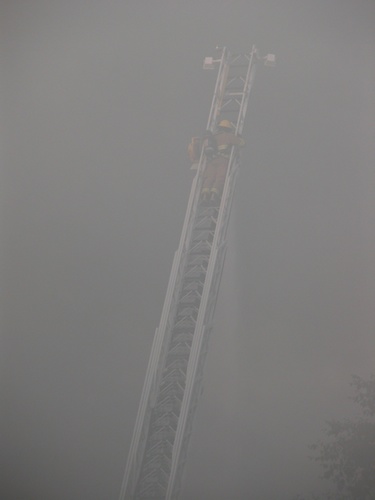 Directly at the Sun 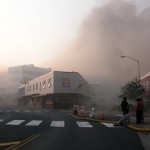 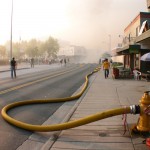 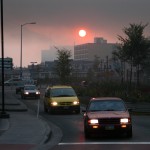 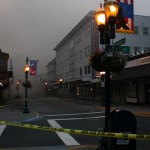 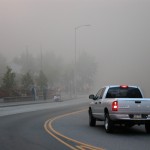 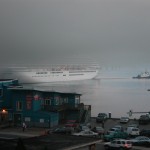 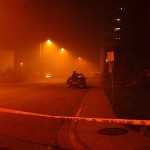 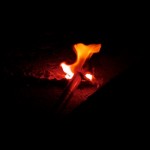 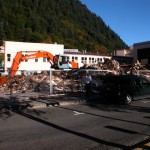